As part of the Historic 1916-1918 design for West Seattle High School, a copper spire/finial was designed and installed at the central cupola located at the high school’s north entry. Based on limited records and historic photos, sometime between 1963 (last known photo of the spire) and 2002 (first design project with elevations showing no spire at the cupola), the copper spire was either removed, stolen, or otherwise disappeared from the building.

As part of the current roof replacement project at West Seattle High School, Seattle Public Schools and Stemper AC worked with the Seattle Department of Neighborhoods Landmarks Preservation Board to install a new copper spire designed to match the scale, profile, and historic character of this missing historic portion of the school. The task posed a considerable challenge due to an initial lack of knowledge of the original spire’s design. While it was possible to surmise the shape of the spire and components from old photos, determining the size and exact shape wasn’t as easy.

Stemper AC Architect and Project Manager Marc Tegen was able to work closely with the Seattle Landmarks Preservation Board, conduct research, and create a series of small mockups and molds that were then used to determine a historically matching profile.

Once the mock-up was approved, the spire drawings were then sent to a custom copper fabrication company, Coppercraft. While in fabrication, Project Manager Marc Tegen began working on a custom wood support base for the spire. The base was designed to allow for the new spire to be seated just above the cupola’s hip tiles, to allow for additional copper flashings to be installed, and to seal off any gaps between the spire and the newly repaired clay tile roofing.

In January of 2021, the spire was finished and installed. 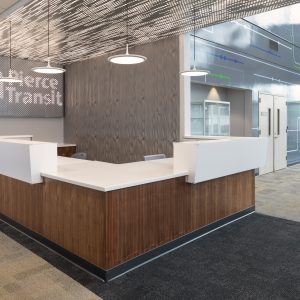 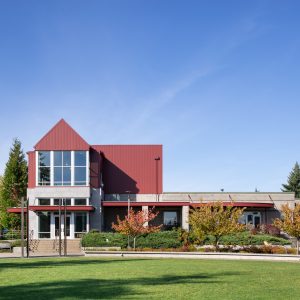 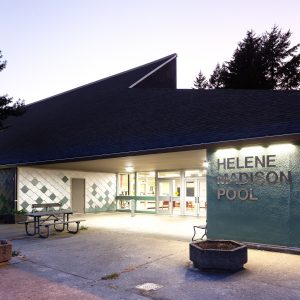